Shake Hands With a Hero

Thank you to Procter & Gamble, Kroger and the USO for sponsoring this blog post and the Shake Hands With A Hero initiative. Please click here to learn more about this program. I was selected for this sponsorship by the Clever Girls Collective, which endorses Blog With Integrity, as I do.

I didn’t grow up with any connection to the military. No one that I knew had served that I was aware of, and it turns out that I was in good company.

Since the end of the Vietnam War (which was the last time the United States used conscription – “the draft” – to staff our armed forces), less than 1% of the families in our country have a family member serving in the military. And that’s OK because those that do serve are there because that’s where they want to be, not because they are being forced to do so. They are proud defenders of the freedoms and way of life that we enjoy as Americans and most of them do so quietly and without fanfare.

In 2005, I met the man who would eventually become my husband. He was a Navy Career Counselor stationed at MCB Camp Pendleton in support of the Navy Corpsmen who serve as medical support for members of the 1st Marine Expeditionary Force. I like to tell people that I was a Marine girlfriend before I was a Navy wife because he dressed like a Marine, had no hair (like a Marine), and worked with a lot of really great Marines.

We had some great times while he was stationed there and met wonderful people who will be lifelong friends, then he received word that his next duty station would be in Yokosuka, Japan aboard a destroyer that spends most of its time forward deployed (not at its home port). We decided that I would stay here while he was gone which meant that he didn’t have anyone to welcome him “home” when the ship returned to Yokosuka after deployments, and that made me really sad. 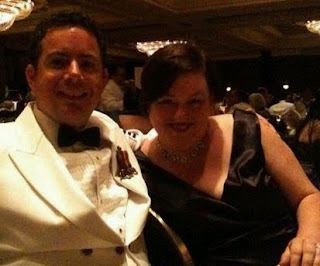 When Christmas rolled around in the first year he was gone, I decided that I needed to do something to make sure that my husband knew how much all of our friends (and I) appreciated the sacrifice he was making, so I created Operation “All I really want for Christmas” which had every one of my blog readers who were willing to spend $0.42 on a stamp sending my husband Christmas/holiday greetings and thanks for his service. It was a smashing success – he received a ton of cards and was overwhelmed by the number of people he’d never met who were willing to take the time to say “thanks”.

Today you have a chance to do something special to say “thank you” to a random service member you will never meet. Won’t you take a moment now to go to the Honoring our Heroes website to send a virtual handshake to a member of the United States armed services? They serve our country willingly and with honor, and ask for so little in return – please take advantage of this wonderful program. It will cost you nothing and I promise you that the person who receives your handshake will appreciate the effort and your support more than you will ever know. 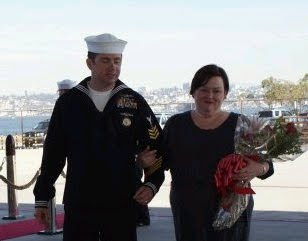 gingersnapper said…
Oh yeah, I remember that Christmas - I wrote a letter to your handsome husband :)

I wish you had posted a bigger wedding picture!
10:38 AM

Jenn said…
Wow...what a cool thing you did for you husband!

I'm trying to check out as many blogs as possible before Fitbloggin' this week and say HI! :-)
11:38 PM